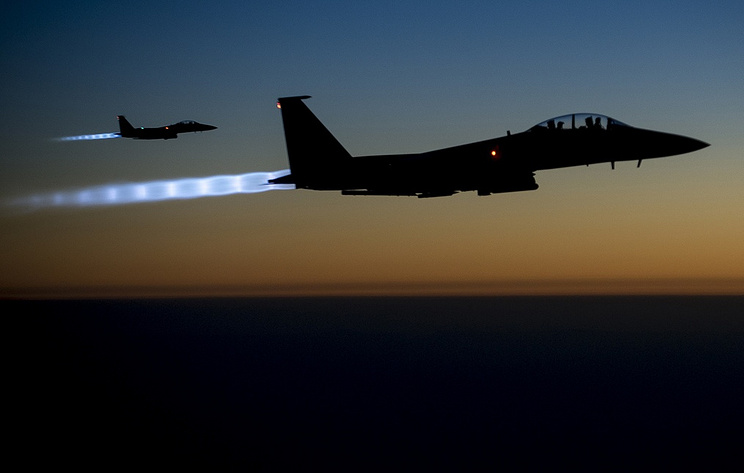 WASHINGTON, December 20. /TASS corr. Yaroslav Azarov/. The US will continue to conduct air strikes on Syrian terrorists until the full pullout of troops from its territory,” Pentagon Spokeswoman Commander Rebecca Rebarich told TASS on Thursday.

“As long as there are US troops on the ground, we will conduct air and artillery strikes in support of our forces,” she stated. “We will not speculate on future operations,” the spokeswoman added.

On December 19, White House Press Secretary Sarah Sanders announced that the US started to pull out its troops from Syria. US President Donald Trump stated on Twitter that the United States have defeated ISIS (IS, the Islamic State terrorist group, outlawed in Russia – TASS) in Syria, which is the only reason for the US troops being there. American officials inform that the US aims to pull out all troops from the territory of Syria within the next 60-100 days.

US Department of Defense Spokesperson Dana White confirmed earlier that the United States are pulling out their troops from Syria, adding that the US military is transitioning to the next phase of their campaign against ISIS. “The Coalition has liberated the ISIS-held territory [in Syria], but the campaign against ISIS is not over. We have started the process of returning US troops home from Syria as we transition to the next phase of the campaign,” she noted.