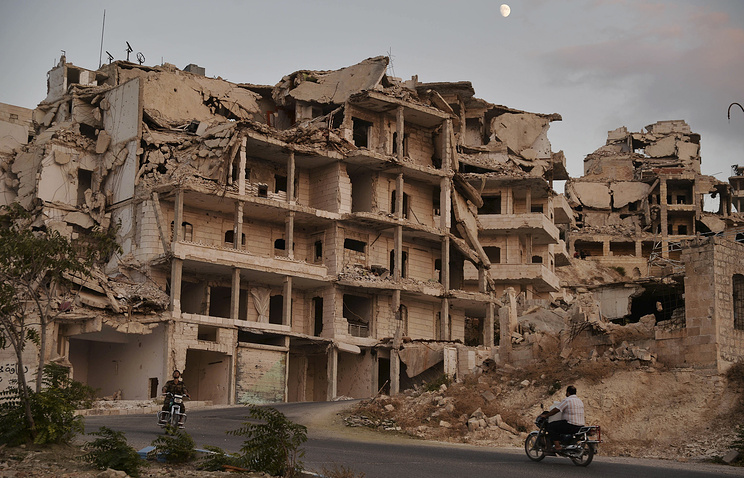 MOSCOW, November 6. /TASS/. Russia’s Special Presidential Envoy for Syria Alexander Lavrentyev and Deputy Foreign Minister Sergei Vershinin have discussed the fight against terrorists in the Syrian province of Idlib with the country’s President Bashar al-Assad during their November 4 visit to Damascus, the Russian Foreign Ministry said in a statement on Tuesday.

“The parties thoroughly discussed the current situation in Syria, focusing on the implementation of the memorandum on Idlib adopted in Sochi on September 17 in light of the ongoing fight against terrorists,” the statement reads. “Detailed information about the outcome of the four-party summit (between Russia, Turkey, Germany and France), held in Istanbul on October 27, was provided to Bashar al-Assad,” the ministry added.

The meeting’s participants also touched upon the possibility of launching a Syrian constitutional committee as soon as possible. “The parties emphasized the importance of the post-conflict reconstruction of Syria and the return of Syrian refugees and internally displaced persons to places of their permanent residence based on respect for the country’s sovereignty, independence, unity and territorial integrity,” the statement adds.

The Syrian Arab News Agency (SANA) reported on Sunday following Assad’s meeting with Lavrentyev and Vershinin that the parties had discussed the formation of a constitutional committee and ways to resolve the Syrian crisis based on respect for the country’s sovereignty.

On Monday, the Russian presidential envoy and the deputy foreign minister visited Tehran to discuss the Syria issue with the Iranian authorities.