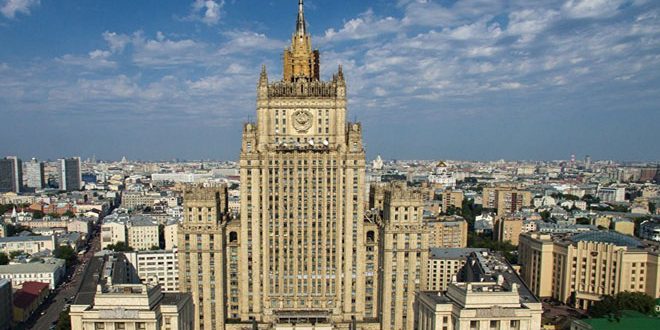 Russia and Iran affirmed the necessity of continuing the war against terrorism in Syria till eradicating it completely.

Russian Foreign Ministry asserted in a statement on Tuesday that participants in the Russian-Iranian consultations in Tehran on the situation in Syria called for finding a political solution to the crisis that would guarantee respecting Syria’s sovereignty, independence and territorial integrity.

Talks during the meetings dealt with on a number of political issues, particularly the situation in Syria.

The Iranian Foreign Ministry noted that the two meetings tackled the outcomes of the quadripartite summit held in Istanbul on Oct. 27th, in addition to the latest developments of the situation in Syria.