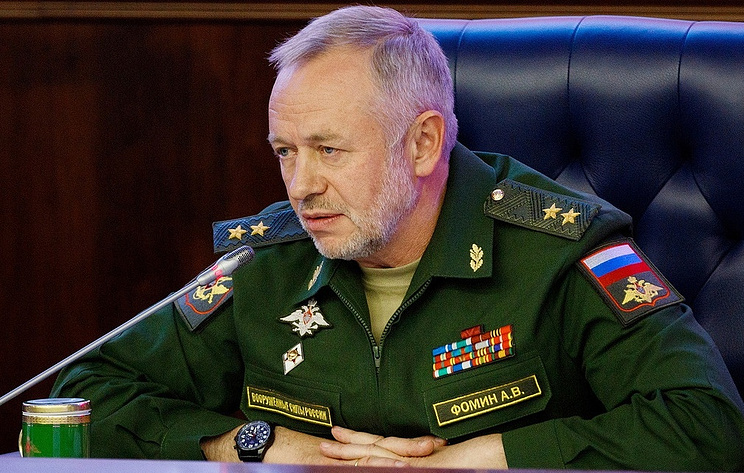 BEIJING, October 25. /TASS/. An effective fight against terrorists requires blocking the supply of weapons and military equipment to them, Russian Deputy Defense Minister Colonel General Alexander Fomin said, addressing the Eighth Xiangshan Forum on Security in the Chinese capital of Beijing on Thursday.

“There is a need to put an end to the provision of money, weapons, equipment and various substances to terrorists, including chemical ingredients used during the so-called chemical attacks that are later blamed on the Syrian government,” Fomin said.

“Our experience proves that terrorists have the most modern weapons and communication means, including space-based tools,” the Russian deputy defense minister stressed. According to him, all these tools are made in foreign countries, particularly in NATO member states.

The Eighth Xiangshan Forum on Security, hosted by the Chinese Defense Ministry, China Association for Military Science (CAMS) and China Institute for International Strategic Studies (CIISS), is being held on October 24-26. The event involves representatives of defense ministries and armed forces, retired military officers, politicians and researchers from 79 countries, as well as international organizations.

Russian Deputy Defense Minister Alexander Fomin stressed that terrorist organizations in Syria possess technical capabilities that enable them to discover the radio frequencies (RF) used by the Russian warplanes which proves that international parties support them as they can’t produce such equipment.

During the 8th Xiangshan Forum for Security, held in Beijing, Fomin said that an American Poseidon 8 reconnaissance aircraft directed the 13 drones which launched an attack against Hmeimim Airbase in the beginning of the current year.

The Russian official called for stopping to supply terrorists with high tech equipment and modern weapons, indicating at the same time that the drones were affected by Russian electronic jamming as they withdrew to a certain distance, yet they were destroyed.

“That is the reason why Russia hadn’t hesitated for a moment to help the Syrian Government in eliminating international terrorists in Syria,” Fomin said.

Fomin added that over the past years, the Syrian army, backed by the Russian military forces, liberated large areas of the country from Daesh (ISIS) terrorists and the groups of robbers who joined them.

The Russian Deputy Defense Minister warned that terrorists who are fleeing from Syria and Iraq are heading for Asia and the Pacific Ocean areas which are enjoying today a political and economic stability.

He added that the financial, economic and political stability in Asia and the Pacific Ocean is today facing dangerous challenges and threats after terrorists started to flow to them fleeing from other areas.