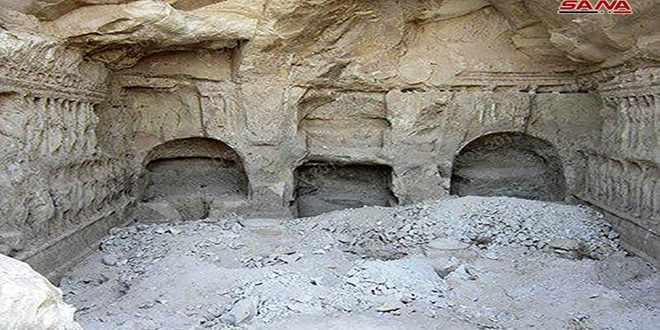 The ancient city of Manbij in the northeastern countryside of Aleppo, just like hundreds of archaeological sites across the Syrian territory, bears witness to the illegal excavations have been carried out, the cultural treasures have been stolen and the large-scale theft and destruction the humanitarian heritage has been exposed to due to terrorism. 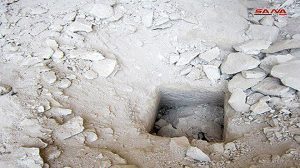 Head of the Directorate-General for Antiquities and Museums, Mahmoud Hammoud, said that Manbij dates back to Hellenistic and Roman eras. It was formerly known as Hierapolis, which means the holy city.

The city is rich of archaeological sites from different historic periods such as Jabal Khaled site, Shash area and al-Hamadat.

He noted that the Directorate has accurate information on widespread illegal excavations conducted and mosaic artefacts found by foreigners with the aid of the US-backed Syrian Democratic Forces in different areas, especially in Manbij. 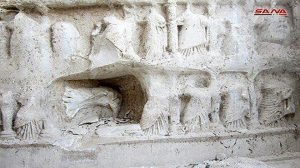 Many citizens who left Idleb confirmed that foreign experts and Turkish-backed terrorist groups carried out excavations in Efrin area and al-Nabi Houri archaeological site in Aleppo countryside as well as in several sites on the outskirts of Raqqa province.

Two months ago, Antiquities Directorate reported that al-Nabi Houri archaeological site in Efrin area in northern countryside of Aleppo has been systematically destroyed and illicit excavations have been conduct by Turkish-backed terrorist groups which caused severe damage to the site.

Hammoud said that the directorate is coordinating with concerned bodies and Foreign and Expatriates Ministry to address the United Nations organization and the UN Educational, Scientific and Cultural Organization (UNESCO) and report on such acts in order to take appropriate measures.