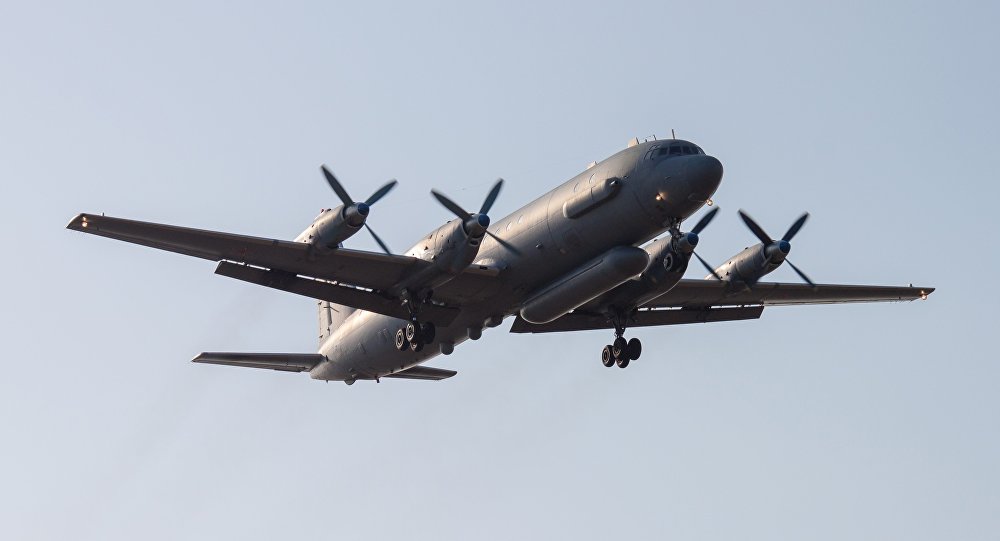 It is inconceivable that the Israeli command centers and the F-16 pilots couldn’t see the Russian plane, which was approaching the runway from an altitude of five kilometers. Nevertheless, they deliberately staged this provocation, Russian Defense Ministry Spokesman Maj.-Gen. Igor Konashenkov said, adding that Israel’s actions are viewed as hostile in Russia.

Each state has its own Identification Friend or Foe (IFF) system and Russia does not install its identification systems on armaments exported abroad, the Russian Defense Ministry spokesman Maj. Gen. Igor Konashenkov said.

The ministry said that there were no precedents where it had transferred IFF systems with Russian identification codes to other states.

“The IFF system of state recognition is strictly individual for each state, and even for weapons and military equipment exported from Russia within the framework of military-technical cooperation, it has never been installed. All this fully applies to the domestic air defense systems delivered to the Syrian Arab Republic,” Konashenkov said.

“The IFF system of state recognition used by Russia is only used by aircraft and air defense systems identified as Russian. There have never been any precedents for the transfer of such a system, together with Russian identification codes, to another state, and in principle cannot be,” Konashenkov said.

The Russian Hmeymim air base had lost contact with the crew of the Russian Il-20 military aircraft late on Monday during an attack by four Israeli F-16 aircraft on Syrian targets in the province of Latakia.

The Russian Defense Ministry said that the Israeli military deliberately created a dangerous situation by using the Russian aircraft as a shield against Syrian air defense systems.

“Yes, I can confirm,” he said in response to a question as to whether the air force chief was on a visit to Moscow.

On Wednesday night, the Israeli Defense Forces said that Norkin would fly to Moscow on Thursday morning to provide Russia with information about the September 17 incident, including conclusions drawn by Israel. Norkin is accompanied by head of the International Cooperation Unit Brigadier General Erez Maisel and officers from the Intelligence Directorate and the Operations Directorate.

Kremlin Spokesman Dmitry Peskov said on Wednesday that Russian President Vladimir Putin in a Tuesday telephone conversation with Israeli Prime Minister Benjamin Netanyahu had agreed to allow a group of experts led by the Israeli air force chief to bring their data on the Il-20 crash to Moscow. Peskov added that as far as the downing of the aircraft was concerned, Putin was guided by information provided by the Russian Defense Ministry but Russian experts would also study the information Israel would share.

According to the Russian Defense Ministry, on September 17, contact was lost with a Russian Il-20 aircraft flying over the Mediterranean Sea back to the Russian Hmeimim air base in Syria. The ministry said the aircraft had disappeared from radar during an airstrike four Israeli F-16 fighter jets carried out on targets in the Syrian province of Latakia.

On September 18, the Russian Defense Ministry stated that the Il-20 aircraft had been accidently downed by Syrian air defense as the Israeli F-16 jets had been using it as cover. According to Defense Ministry Spokesman Major General Igor Konashenkov, Israeli pilots “could not but see the Russian plane, which was approaching the runway from an altitude of five kilometers.” The ministry added that it considered such actions by Israel to be hostile.

Russian Defense Minister Sergei Shoigu held a telephone call with his Israeli counterpart Avigdor Lieberman, stating that Israel was solely to blame for the downing of Russia’s Il-20 aircraft over the Mediterranean Sea.

The Israel Defense Forces (IDF) said in a statement that the country “will share all the relevant information with the Russian Government to review the incident and to confirm the facts in this inquiry.”

“Russian Investigative Committee investigators and forensic experts work at the accident scene together with representatives of the Russian Defense Ministry,” she said.

All circumstances surrounding the accident are being established.

The Russian Defense Ministry said that at about 23:00 Moscow time on Monday contact was lost with a Russian Ilyushin Il-20 plane, which was flying back to the airbase at Syria’s Hmeymim. According to the ministry, the plane went off radar screens as four Israeli F-16 fighter jet were delivering airstrikes on Syrian targets in the Latakia governorate.

Later, the ministry said the Russian Il-20 was shot down by Syria’s air defense over the Mediterranean Sea because Israel’s F-16 fighter jets used it as a cover. The Israeli command centers and the F-16s’ pilots could not but see the Russian plane, which was approaching the runway from an altitude of five kilometers. Nevertheless, they deliberately staged this provocation, Russian Defense Ministry Spokesman Maj.-Gen. Igor Konashenkov said, adding that Israel’s actions are considered in Russia as hostile.