The tally from US-led Coalition’s strikes allegedly designed to eradicate Daesh (ISIS) from Raqqa city is estimated at hundreds of victims, tens of thousands of displaced persons and widespread destruction. As Syria’s Permanent Representative to the UN Dr. Bashar al-Jaafari put it during a UNSC’s session on to discuss situation in Qaqqa city, “the real achievements of the so-called Coalition have been killing hundreds of civilians using the most odious of weapons, including incendiary ones, the vast destruction of Syrian infrastructure and the total leveling of Raqqa city, all under the pretext of fighting Daesh.”

Echoing these statements, Russia’s Permanent Representative to the UN, Vassily Nebenzya deplored the situation of the city, saying: “Currently the whole city is rigged with explosives, full of corpses of killed people, lacking water, electricity and any medical facilities.

“Nothing is going on, the city is not being restored, people cannot come back, living in awful unbelievable conditions in refugee camps.” 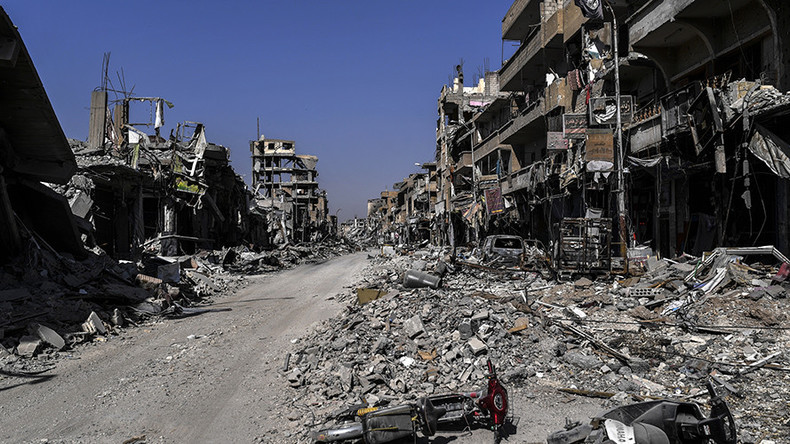 In a report published Tuesday, Reuters sounded an alarm regarding the situation in the city, painting a macabre picture of the aftermath of the Coalition’s strikes. “The stench of rotting corpses rises from piles of rubble and destroyed buildings that line the streets of Syria’s Raqqa.”

These tragic accounts give the lie to Washington’s claims of fighting Daesh, with its real aim now exposed as not eradicating the terrorist organization, but the total destruction of the city’s infrastructure.

Some reports have revealed that white phosphorous, an internationally-banned agent, has been used during the Coalition’s raids, killing scores of civilians. 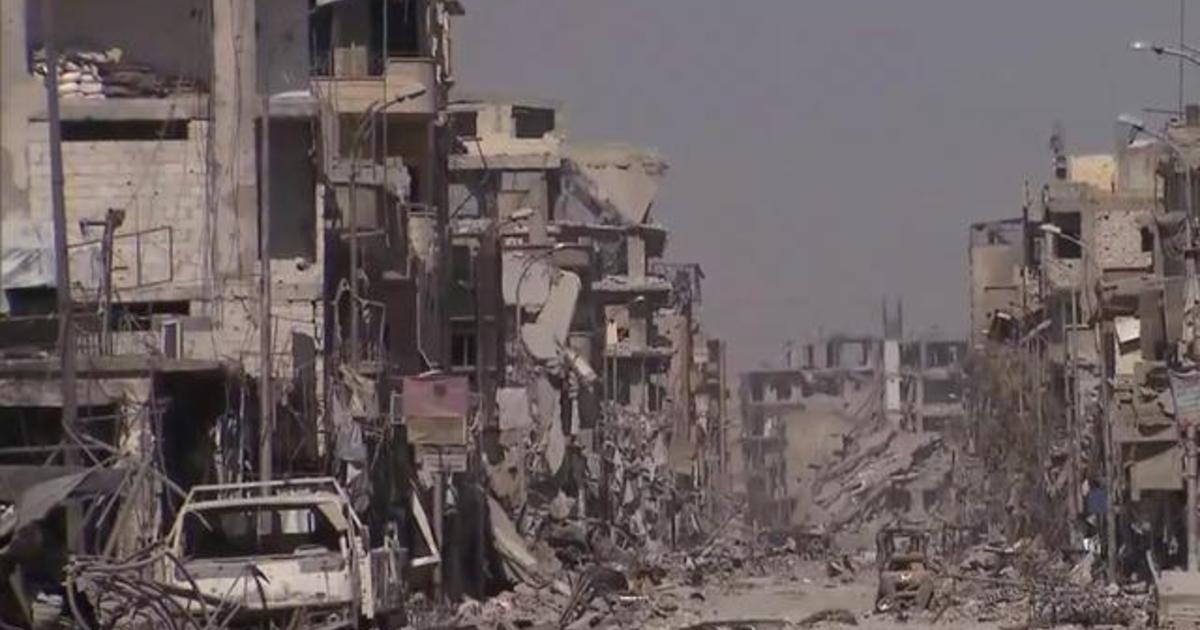 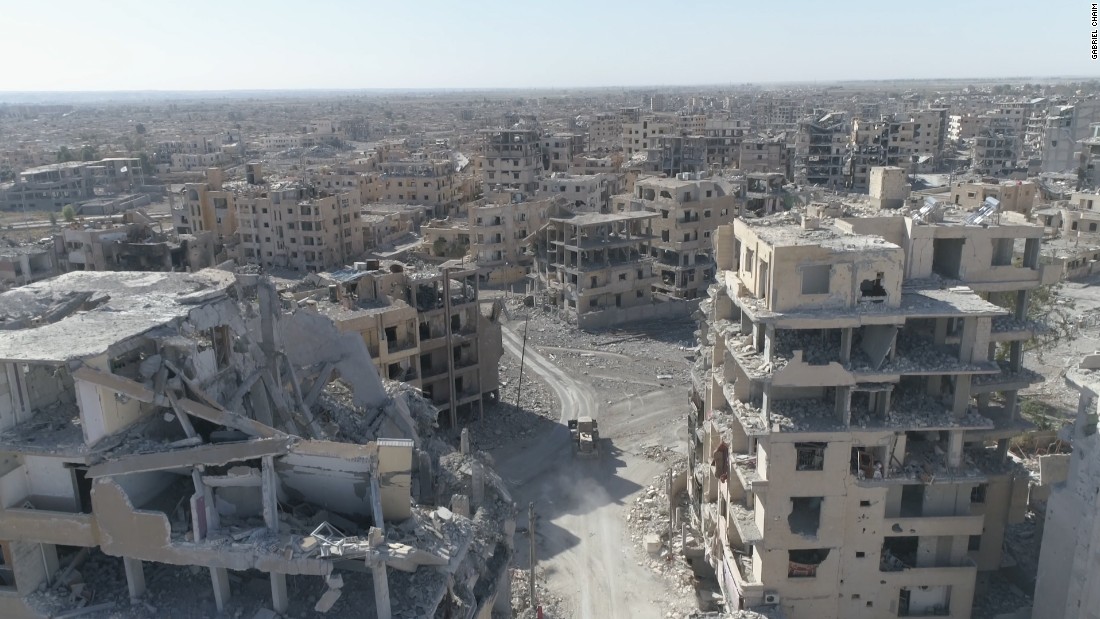 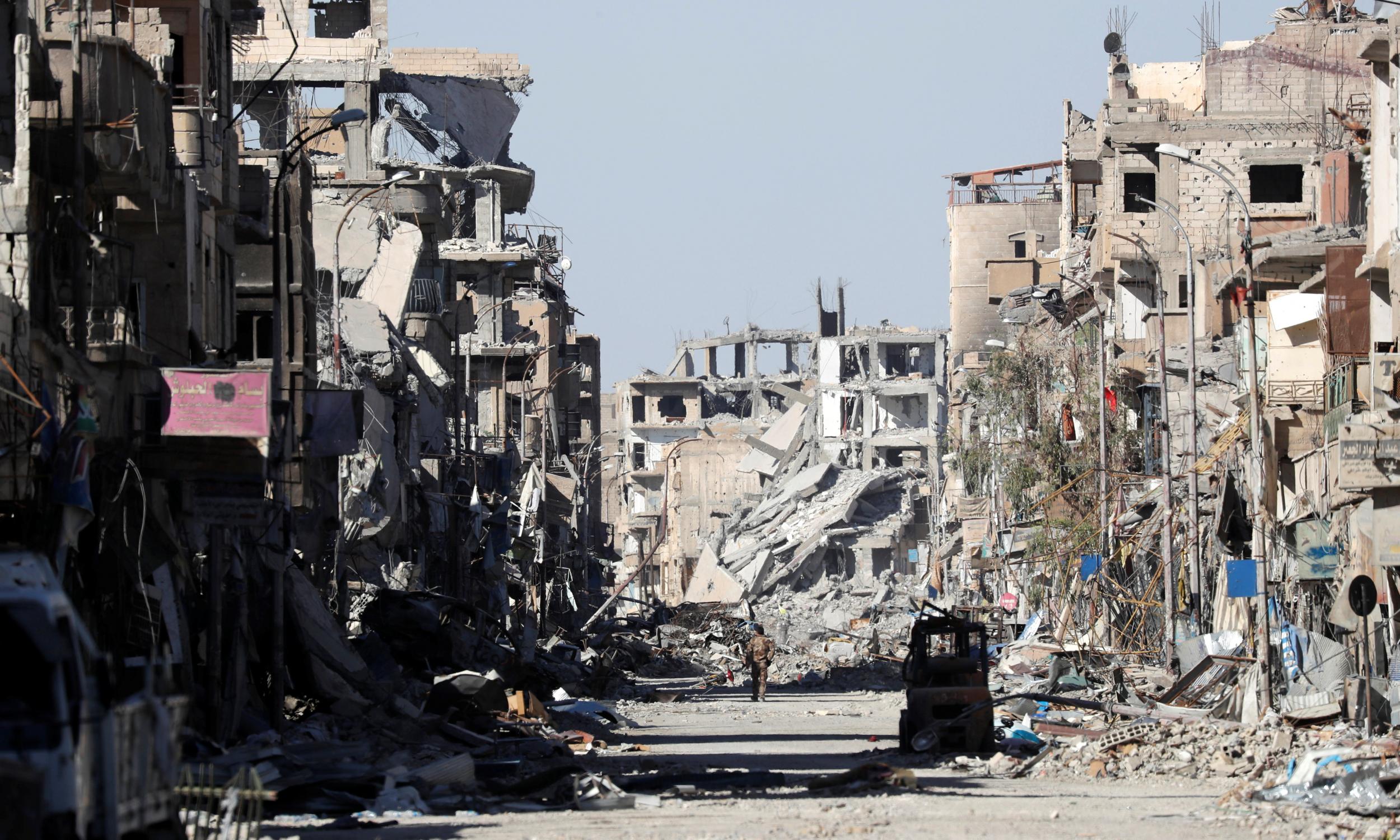