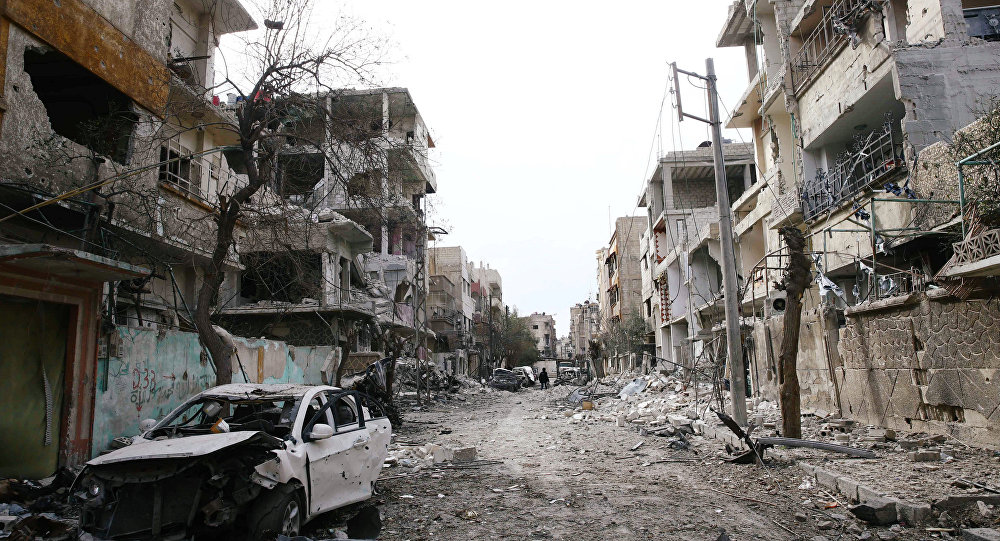 The United States presented a new UN draft resolution on Syria on Monday calling for a 30-day cessation of hostilities in the Damascus suburb of East Ghouta less than a month after the previous resolution demanding a ceasefire across all the Syrian territory was unanimously passed by the UN Security Council.

“We have drafted a new ceasefire resolution that provides no room for evasion,” US ambassador to the UN Nikki Haley said in reference to Syrian army’s operation against terrorists in East Ghouta, who keep launching attacks on Damascus despite the ongoing ceasefire.

“It is simple, straightforward and binding. It will take effect immediately upon adoption by this Council. It contains no counterterrorism loopholes for Assad, Iran and the Russians to hide behind,” she stressed when presenting the resolution, saying that the previous one had “failed.”

Russian UN envoy Vasily Nebenzya fired back at the statement by Haley, stressing that Damascus has “every right to try to remove the threat to the safety of its citizens,” referring to the terrorists who have entrenched themselves in East Ghouta as a “hotbed of terrorism.”

UN Resolution 2401, which was unanimously passed by the Security Council on February 24, called on the parties to the Syrian conflict to stop all hostilities and adhere to a humanitarian pause across Syria in order to ensure the safe and unhindered delivery of humanitarian aid, as well as medical evacuations for those injured.

Chemical Weapons Use in Eastern Ghouta

Haley also said that Washington will act in Syria regarding the chemical weapons use if the UN Security Council doesn’t.

“We also warn any nation that is determined to impose its will through chemical attacks and inhuman suffering, most especially the outlaw Syrian regime, the United States remains prepared to act if we must,” Haley said.

“This was done in order to prepare the ground for unilateral military actions against sovereign Syria,” Nebenzya said in reference to the attempts to put the blame on the Syrian government for the use of chemical weapons in the country.

After the alleged use of chemical weapons in Eastern Ghouta in January, US Secretary of State Rex Tillerson said that Damascus could be using chemical weapons; he also said that Russia is responsible for the victims because of its engagement in Syria.

The Russian Foreign Ministry then said Washington was spreading mass propaganda against Moscow in an attempt to demonize the Syrian government and subsequently topple it, underscoring that the information on the chemical attacks used by the United States was uncorroborated.

Damascus has repeatedly stated that it has given up its chemical weapons stockpiles, which was confirmed by the Organization for the Prohibition of Chemical Weapons (OPCW) in 2016. 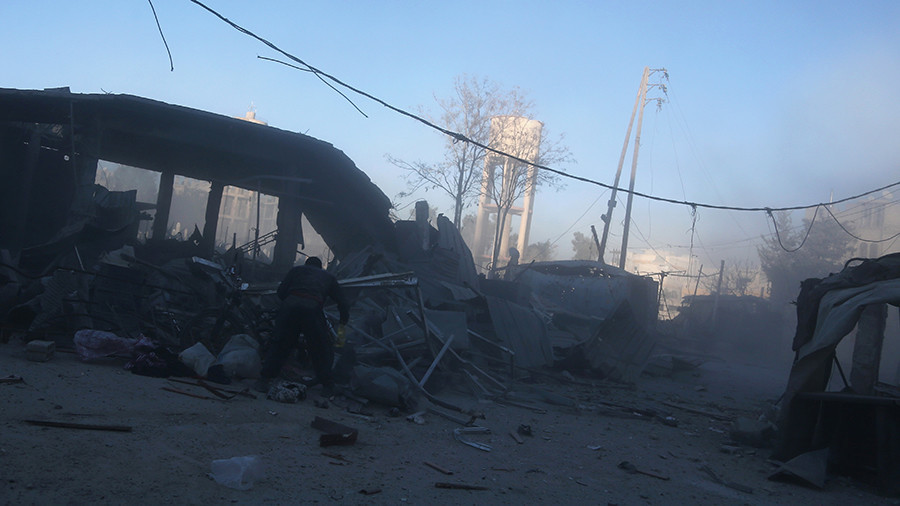 Russia’s envoy to the UN Vassily Nebenzia has accused militant groups in Eastern Ghouta of using chlorine gas, while stressing that the Syrian government has every right to eradicate the “terrorism hotbed” near its capital.

Nebenzia has defended Syria’s government and the ongoing anti-terrorism operation in Eastern Ghouta, asserting that it has “every right to try and remove the threat to the safety of its citizens.”

“According to information at our disposal, on March 5, Al-Nusra militants used chorine substance in Eastern Ghouta, which injured 30 civilians. All this is done to prepare the grounds for unilateral military actions against sovereign Syria,” Nebenzia stated. “The suburbs of Damascus cannot remain a hotbed of terrorism. And it is being used for continued attempts by terrorists to undermine the cessation of hostilities.”

The ongoing operation in the Damascus suburbs does not violate resolution 2401, which allows the continuation of the battle against terrorists, the diplomat stressed. The terrorists, unlike Moscow and Damascus, do, in fact, frequently attack hospitals and other civilian facilities, and the attacks are well-documented, he added.

“Since the resolution was passed, more than 100 people died from this and a considerably higher number were wounded. More than one hospital…was shelled,” Nebenzia said. “These were true hospitals, genuine hospitals, not headquarters of fighters which they very frequently claim to be hospitals.”

The militants also are preventing the civilians from leaving the combat zone, raining mortar and sniper fire on them.

“They [militants] are constantly striking humanitarian corridors and checkpoints, including during the humanitarian pauses,” Nebenzia stated. “They intensified the use of tunnels in order to provoke the Syrian military and the exits of those tunnels are in the areas of public buildings, first and foremost mosques, hospitals and markets.”

The Russian diplomat pointed out that the conflict in Syria, and in Eastern Ghouta in particular, is used by western countries only to “produce endless accusations against Russia,” while “doing nothing” to improve the situation in Syria. “What’s being done – is a political issue, caused not that much by concerns about the humanitarian needs of the Syrians,” Nebenzia said.

The official has also cast a shadow of doubt on the figures on casualties in Syria provided by the UN, wondering about their sources and asking them to be more specific about them next time.

“The death of any number of civilians in an armed conflict is a tragedy, but our delegation has always been interested in the origin of the statistical data that is being used within the UN,” Nebenzia explained.

“Given how politicized the subject is, it’s very important. In Eastern Ghouta, we hear very frequently assessments of the losses among civilians. We expect that, in future reports, we will see the source of this data, how reliable it is, and who exactly is meant by ‘trustworthy sources’ on the ground.”

Russia, unlike many other countries, takes concrete steps to implement the resolution 2401, Nebeznya said, dismissing the claims, made by some diplomats, including US envoy to the UN Nikki Haley, that Moscow was somehow responcible for continued violence in Syria.

“We believe it’s important for everyone to understand: the resolution 2401 is not about an immediate secession of hostilities, which would be an utopia, it’s about the sides [of conflict] reaching a preliminary agreement on a stable de-escalation in all regions of Syria, not in Eastern Ghouta only. It’s the only realistic way, and the resolution has a clear statement on this issue, which we’re trying to speed up,” Russian diplomat stated.

Haley, who was speaking earlier at the Security Council meeting, accused Russia and Syria of violating the resolution and of killing “innocent civilians” using the “anti-terrorism loophole” in the document. She also warned that the US might take unilateral actions if the Security Council fails to address the situation in Syria. The diplomat referred to last year’s attack on Syria’s Shairat air field, in the aftermath of Khan Sheikhoun chemical incident, as an example of possible US actions.