TEHRAN (FNA)- Tens of civilians have started leaving terrorist-held regions in Eastern Idlib for regions that are under the Syrian Army’s control via a newly-set up humanitarian corridor.

The Arabic-language al-Watan daily reported on Tuesday that a safe corridor has been recently set up by the government forces under the supervision of the Russian and Turkish sides in Tal al-Sultan region in Eastern Idlib to pave the ground for the civilians to exit terrorist-held regions in Northwestern Syria.

Al-Watan went on to say that the newly-set up safe corridor is supposed to be used by those displaced civilians that had left their villages and settlements in Southern Aleppo for the regions that are under the control of the Al-Nusra Front (Tahrir al-Sham Hay’at or the Levant Liberation Board) in Idlib province.

It added that tens of civilians have used the newly-established corridor to reach army-controlled regions within the framework of the de-escalation zone agreement concluded in Astana.

Heavy infighting among terrorist groups in Aleppo and Idlib provinces has displaces a large number of civilians in Northwestern Syria.

Field sources reported on Sunday that Tahrir al-Sham Hay’at (the Levant Liberation Board or the Al-Nusra Front) pulled its gunmen back from more regions after a fresh round of clashes with Syria’s Tahrir Front in Southern Idlib.

The sources further added that heavy fighting is underway between the two rival terrorist groups near the town of Dar al-Izzah. 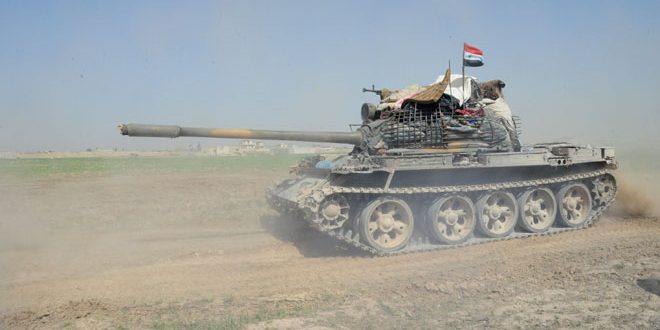 Army units achieved a new advancement in their operations against Jabhat al-Nusra and the groups affiliated to it in Damascus countryside. 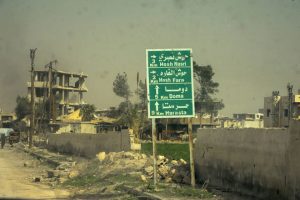 said that army units regained full control over al-Muhamadyia town after inflicting heavy losses upon the terrorist organizations in the equipment and personnel.

The delegate added that army units are now combing the area and they dismantle the explosive devices and the mines planted by terrorists in the town. 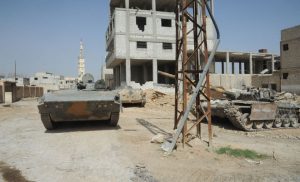 terrorists who fled away to the nearby farms.

Later in the day, the Syrian Arab Army regained control over al-Ashari farms after killing scores of al-Nusra terrorists.

Army units also advanced in al-Rihan farms amid mass fleeing of terrorists after the collapse of their main defenses at the outskirts of the town of al-Rihan.

Establishing control over al-Muhamadyia town contributed to cutting more supply routes between the terrorist groups who are living in a state of panic and collapse thanks to the significant advancement achieved by army units and the heavy losses inflicted upon the terrorist organizations in the personnel and equipment.

In parallel with the military operations, Syrian Arab Army continues to ensure the safety of the corridor assigned for the exit of the besieged civilians from Ghouta towards al-Wafideen camp to transport them to the temporary housing shelter in al-Dwair.

Meanwhile, units of army foiled an attack by terrorist groups on a number of military points in Lattakia countryside, destroying 4 vehicles equipped with heavy machine guns and killing a large number of the terrorists. 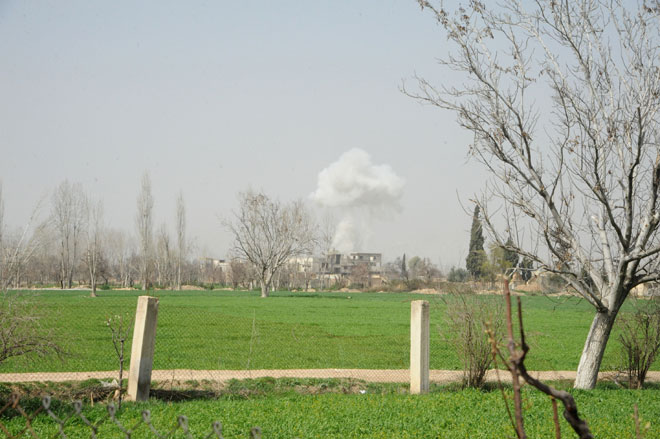 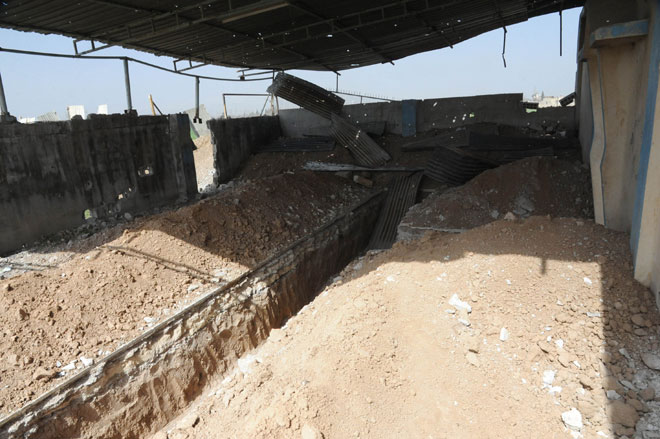 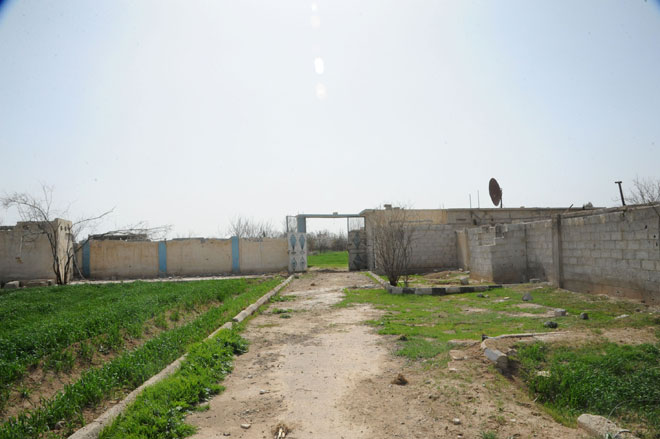 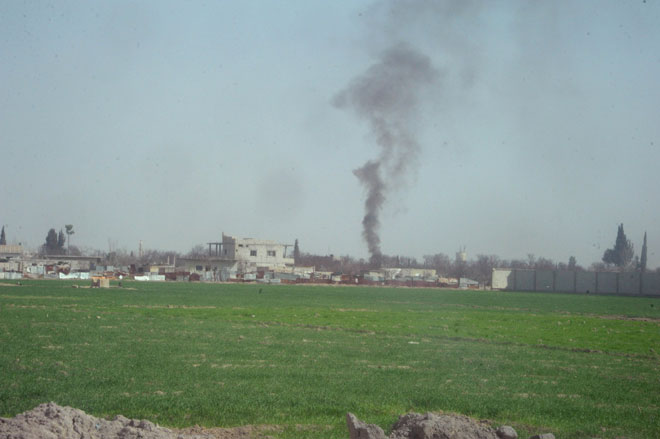 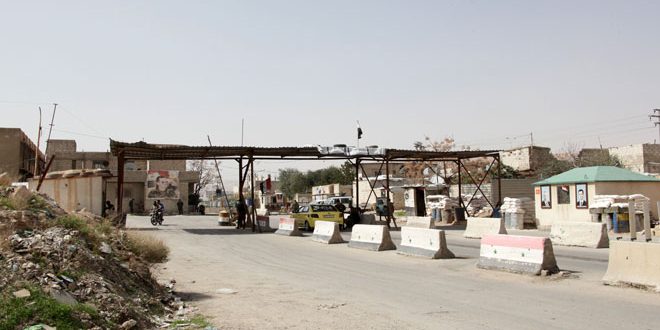 For the 8th consecutive day, Jabhat al-Nusra terrorist organization and the terrorist groups affiliated to it prevented the civilians to exit from Ghouta through the safe corridor in al-Wafideen Camp.

SANA reporter in al-Wafideen Camp said Tuesday that terrorist groups positioned in eastern Ghouta are still preventing civilians to exit from the area, as no civilian has exited from Ghouta till now.

The daily truce in Ghouta to allow civilians, besieged by Jabhat al-Nusra and other terrorist groups affiliated to it, to leave the area starts from 09:00 a.m. till 02:00 p.m.

The reporter pointed out that ambulances and public transportation buses are waiting at the camp near the safe corridor, and they are prepared for transporting civilians to the make-shift center in al-Dwair in Damascus Countryside. 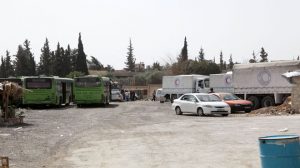 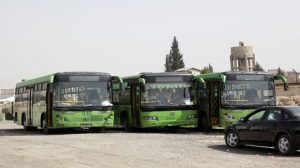 SANA’s reporter said that the Turkish regime and its mercenaries escalated their aggression on the villages of Maabatli area, claiming the lives of two civilians, one of them is 75-year-old, injuring another elderly and causing massive destruction to the houses.

Turkish forces also targeted the medical center at Janderis area, killing one of the center’s members and causing large material damage to it.

The continuous and heavy shelling carried out by the Turkish forces on the Janderis area in Afrin has caused massive destruction to houses, private properties, and infrastructure and public facilities.

TEHRAN (FNA)- More than 2,870 Kurdish fighters have thus far been killed or held captive in the Turkish Army Operation Olive Brach in Afrin region in Northwestern Aleppo province, the General Staff of the Turkish Army reported on Tuesday.

The general staff said that a sum of 2,872 Kurdish gunmen have been killed or captured by the Turkish troops and Ankara-backed militants with the framework of Operation Olive Branch in Afrin region started on January 20.

The general staff further said that fierce clashes are underway between the two warring sides in Northern Syria.

Meantime, the Turkish Deputy Prime Minister and government Spokesman Bekir Bozdag said almost half of the area that Operation Olive Branch aims to secure in Syria’s Afrin was now under the Turkish military’s control.

Speaking after a Cabinet meeting in Ankara on Monday, Bozdag stressed that “In Operation Olive Branch, so far 112 villages, 30 critical positions, and a total of 142 spots have been taken under control”.

The government Spokesman added that 702 of 1,920 square kilometers (271 of 741 square miles) have so far come under the Turkish troops’ control in Syria’s Afrin region.

Turkey’s Operation ‘Olive Branch’ kicked off on January 20 from air and ground.

Syrian President Bashar al-Assad has stressed that Turkish offensive in Afrin is part of Ankara’s strategy based on supporting terrorists.

The Syrian government has condemned the “brutal Turkish aggression” against the Kurdish-controlled enclave of Afrin, rejecting Ankara’s claim about having informed Damascus of the operation.

The Kurdish-language Hawar news reported on Monday that the Turkish Air Force pounded the Central parts of Jandaris region, killing and wounding a number of civilians.

Hawar news further said that a sum of 21 civilians, including seven children, were killed in artillery and missile attacks by the Turkish troops and Ankara-backed militants in the village of Bobanah in Rajou region.

Also, a woman was killed and several more were wounded in the offensive of the Turkish troops on the village of Qarah Tapah in Afrin region.