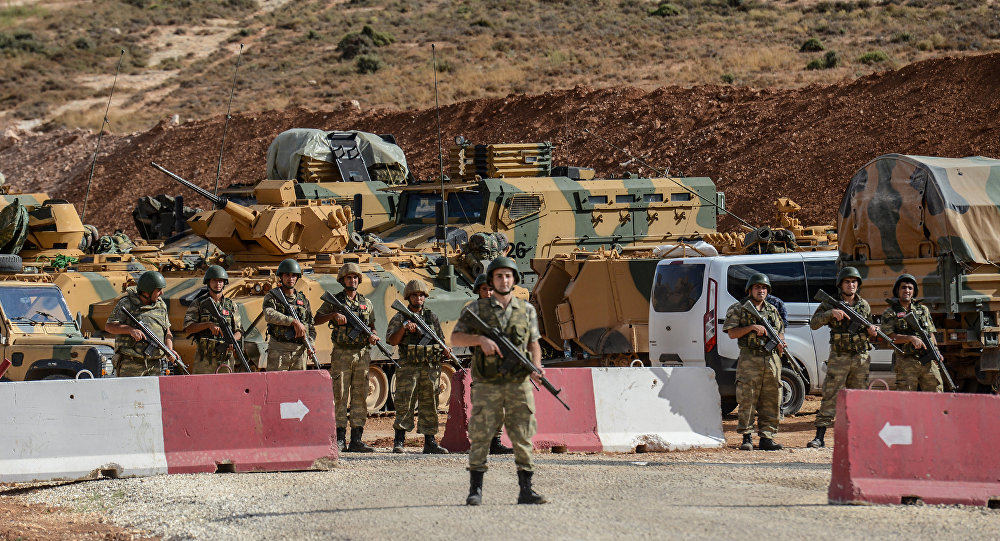 Kremlin spokesman Dmitry Peskov has commented on the new Turkish operation in Idlib, which is the second Turkish military campaign in the Syrian territory.

“The Turkish side is responsible for ensuring security in the de-escalation zone. … Without a doubt, the member states to the Astana agreements coordinate their actions on the issue of establishment of de-escalation zones,” Kremlin spokesman Dmitry Peskov told reporters when asked whether Turkey was coordinating its actions with Russia.

Commenting on reports regarding Turkey’s alleged attempts to come to a ceasefire agreement in the Idlib province with Hayat Tahrir al-Sham group affiliated with Jabhat Fatah al-Sham, Peskov said it was better to ask the Defense Ministry about that, as he had “no details.

According to the Turkish General Staff, the Turkish Armed Forces, operating in the Idlib de-escalation zone to observe the cease-fire, ensure humanitarian aid deliveries and to create conditions for the population to return to their homes, began setting up their observation posts on October 12, within the framework of agreements reached during the Astana peace talks brokered by Russia, Turkey and Iran.

Days after the Turkish soldiers and military equipment arrived in Idlib, the Syrian Parliament strongly condemned the military campaign, calling it an “invasion” and an “aggression” violating the territorial integrity and sovereignty of the country and demanded “the withdrawal of Turkish forces without any preconditions.” According to the Syrian Parliament’s statement, the Idlib operation “has nothing to do” with the agreements reached during the latest round of the Syrian peace talks between Damascus and the armed opposition in Astana.

The Idlib operation is the second Turkish military operation on Syrian soil. From August 2016 until March 2017, the Euphrates Shield campaign conducted by the Turkish Army with FSA rebel fighters aimed to clear the Syrian border town of Jarablus and the surrounding area of the Daesh terrorist group.