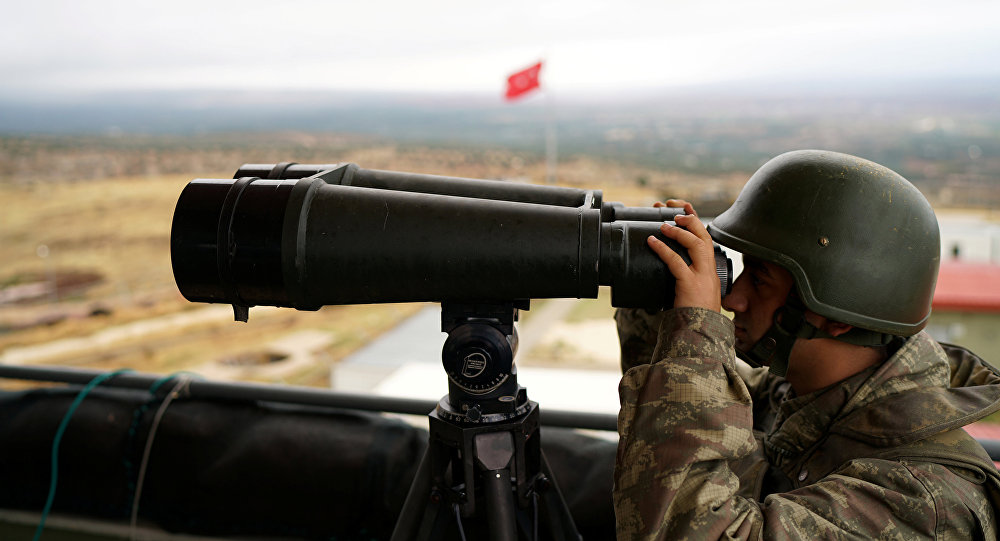 Turkey has strengthened its military presence on its border with Syria and President Recep Tayyip Erdogan has threatened to take military action against emboldened Syrian Kurdish YPG militia, who are receiving support from the US in their fight against Daesh in Raqqa.

Erdogan views the YPG, which controls part of Syria’s border with Turkey, as an extension of the Kurdish PKK, a Marxist insurgent group which has operated in Turkey for decades and is also considered a terrorist organization by the US and EU.

In recent weeks, there have been exchanges of rocket and artillery fire at Syria’s northwestern border between Turkish forces and YPG fighters.

Having reinforced the border with more tanks and artillery, Erdogan told a crowd in Turkey’s eastern town of Malatya on Saturday, “We will not leave the separatist organization in peace in both Iraq and Syria.”

“In particular, there is constant military activity in the region of the Turkish town of Kilis and the Syrian town of Azaz. At certain times of the evening, there is the sound of artillery fire coming from Afrin. Local sources told us that Turkey is preparing for a limited ground operation. The same can be said by analyzing the formation of forces at the Syrian border,” Bayraktar explained.

“If you recall, the ‘Euphrates Shield’ operation was launched around this time last year, on August 24. Given that the area is incredibly hot in the summer months, if such an operation is being planned then it would take several weeks to implement, taking into account the climatic conditions.

Bayraktar thinks that Ankara could get the “green light” to go ahead with its operation in Afrin if it puts pressure on anti-government forces elsewhere in Syria, in return.

This could help the Syrian army to regroup its forces from areas such as Idlib and make further gains against Daesh in the area around Deir ez-Zor, where the army recently drove out Daesh from Al-Sukhnah.

“I believe that contacts between the leadership of Turkey and Syria are being mediated by Russia, which maintains close cooperation with both Turkey and Damascus. Consequently, here Russia is the main player coordinating this issue. In particular, we see that the Syrian army and forces supported by Russia have now taken a very serious step towards moving towards Deir ez-Zor.”

“De-escalation zones are needed in order for the Syrian army to strengthen position here. In this sense, although Turkey does not completely dominate the Idlib region, it still has a strong enough position and the ability to influence the situation in this area.”

“It is possible that Russia and the Syrian government forces, in exchange for the possibility to strengthen their positions in the strategically important region of Idlib, which is located very close to the Khemeymim air base, will agree to give the green light to Turkey to carry out the operation in Afrin, which Ankara regards as the stronghold of the Kurdish threat,” Bayraktar said.

The Turkish forces launched airstrikes on Monday after receiving the information that a group of militants had been plotting an attack on a Turkish security base in the area.

The tensions between Turkey and Kurdish militant groups seeking independence escalated in July 2015, leading to frequent acts of terror by the PKK and regular anti-PKK operations by the Turkish government. 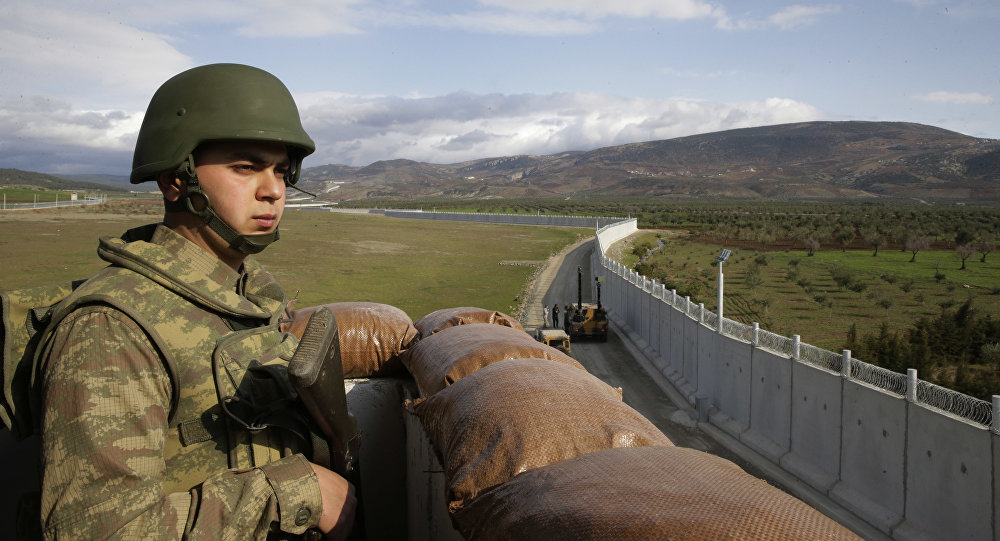 The Turkish authorities launched construction of a wall along the country’s border with Iran as part of the efforts to protect the territory from the Kurdistan Workers’ Party (PKK), listed by Ankara as a terrorist organization, local media reported Tuesday.

ANKARA (Sputnik) – The construction began in eastern Agri province, the Hurriyet newspaper reported. The wall is expected to be 10-feet high and 6.5-feet wide.

In May, media reported that Ankara planned to build a 43.5-mile wall on the border with Iran as part of security measures. Currently, Turkey is at the final stage of reinforcing the Syrian border with a 559-mile long wall.

Tensions between Ankara and the Kurdish pro-independence PKK escalated in 2015, after a three-year ceasefire between the two sides collapsed over a series of terror attacks allegedly committed by PKK members, prompting Ankara to launch a military operation in the Kurdish-dominated southeastern regions.