Israeli Defense Forces (IDF) have reportedly launched a retaliatory attack on Gaza, hours after three rockets landed across the border in Israel earlier on Wednesday night.

According to Al Mayadeen News, IDF fighter jets could be heard over the Gaza Strip hours after the rockets were fired into the Israeli side of the border. Sources report hearing explosions in the area, however, there have been conflicting reports over the source of the explosions, with some saying they are from local bombs, while others allege they are from Israeli airstrikes. 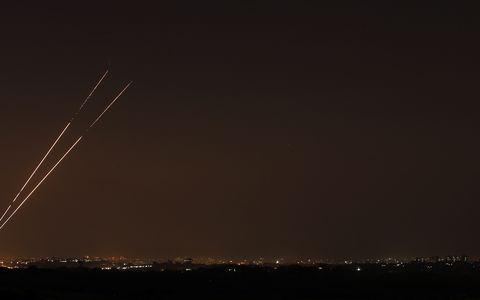 Up to three rockets were fired from Gaza into Israel on Wednesday, landing in open fields near the western town of Negev.

According to local media, the rockets set off Code Red sirens in several towns bordering Gaza on Wednesday night, including Askhelon and Netivot. The Israeli Defense Forces (IDF) are assessing the damage, though no injuries have been reported as the two rockets landed in empty fields.

A group linked to the Islamic State (IS) has reportedly claimed responsibility.

The incident follows another attack last week, when a rocket was fired into the Gan Yavne region in East Ashdod on Tuesday, the first attack since an August 26 ceasefire.

The rocket resulted in no injuries. Though there was no indication as to who was responsible for the attack, an army source said the IDF “views Hamas as being responsible for everything that occurs in the territory of Gaza.”

The IDF launched attacks on Hamas infrastructure in Gaza in retaliation for those rockets.